Lazyfish said:
Ok sooo cleaning the garage and storage shed and I just found a 3/4 full bucket of instant ocean reef Crystal's that I aparently misplaced and forgot about. I thought it was empty or had something else in it at first. I havent seen it since probly 2010....its dated to 2009...is that stuff even any good lol. It's still sealed and it's not a brick soooo dose this stuff even go bad? I guess I can keep it for a back up for emergency if it's ok to use...realy I have no idea it's one of those big buckets too. I would hate to toss it but....and I just bought that bucket of tropic marin bio-actif salt too lol.
Click to expand...

I'd mix it up, test a few parameters and if everything was good I would use it up.

Just got my stuff from kp aquatics! This is for the penensula. I got a spotted anemone shrimp that's getting to know my 2 face rfa and a massive gorgonia with another gorg and sponge attached. Its seriously massive! I had a hard time putting it in the spot I had planned but I got it in lol. Certainly worth 30$ its a yellow sea whip. Its straw colored but closer to yellow than I what I was expecting. Was expecting more like an olive color. Looks like possibly purplish polyps I see some bumps but none are open yet. I'm seriously intrigued by that sponge tho it's a deep blood red and has a bumpy texture very cool! I'll get pics once it settles in and opens up!

Sooooo...
..my new clownfish... the one that's still hardly eating...well...It found something to eat on after all.....me! That sucker bites! It's been over 10 years since I had a clown that bites. I was actualy shocked when it did it. Its started hosting the toadstool with the female and it's taking its role as defender of the toadstool very seriously. I was trying to get a clump of cat hair off the gorg that's right by the toadstool and that little white booger nailed me repeatedly. The female has never bitten me ever. She actualy looked confused when he chomped me. I hope she dosnt learn his bad habits. My other pair dosnt bite at all the female in that pair is over 12 years old now.
Last edited: Jun 17, 2021

My wifes devil fish is now a large gold stripe maroon female and has always bit me when too close to here while digging in the tank.
The larger she gets the more she tries to use her gill spikes to get my hand / finger.
When I get in the tank all I can think of is that song she bleeping hates me !! Dang mean fish LOL.

My friend had a pair of percs that was so agressive she got rid of them. One finger in the tank and they turned into buzzsaws. They liked to go for the soft bits between your fingers or the underside of your wrist. They liked to pull out hairs too. But they both loved to grab on and twist or shake there heads and would rip out chunks. sometimes they would try to jump out the water to get you if you even looked like you were going in the tank! And its not like they didnt have room or felt crowded it was a 50g tank! atleast mine is just doing the hit and run to the back of my hand. I realy hope the female dosnt start. She eats from my hand and back in the 10g if i let her she would get all up on my hand almost looked like hosting behavior sitting in my hand wiggling on it and mouthing me without biting. Anyway she got a new pair of clowns and they do not bite.

I could not deal with a fish that bites. I would have to get rid of it. In such situations, I personally grow to dislike putting my hand in the tank to do maintenance.
Last edited: Jun 18, 2021 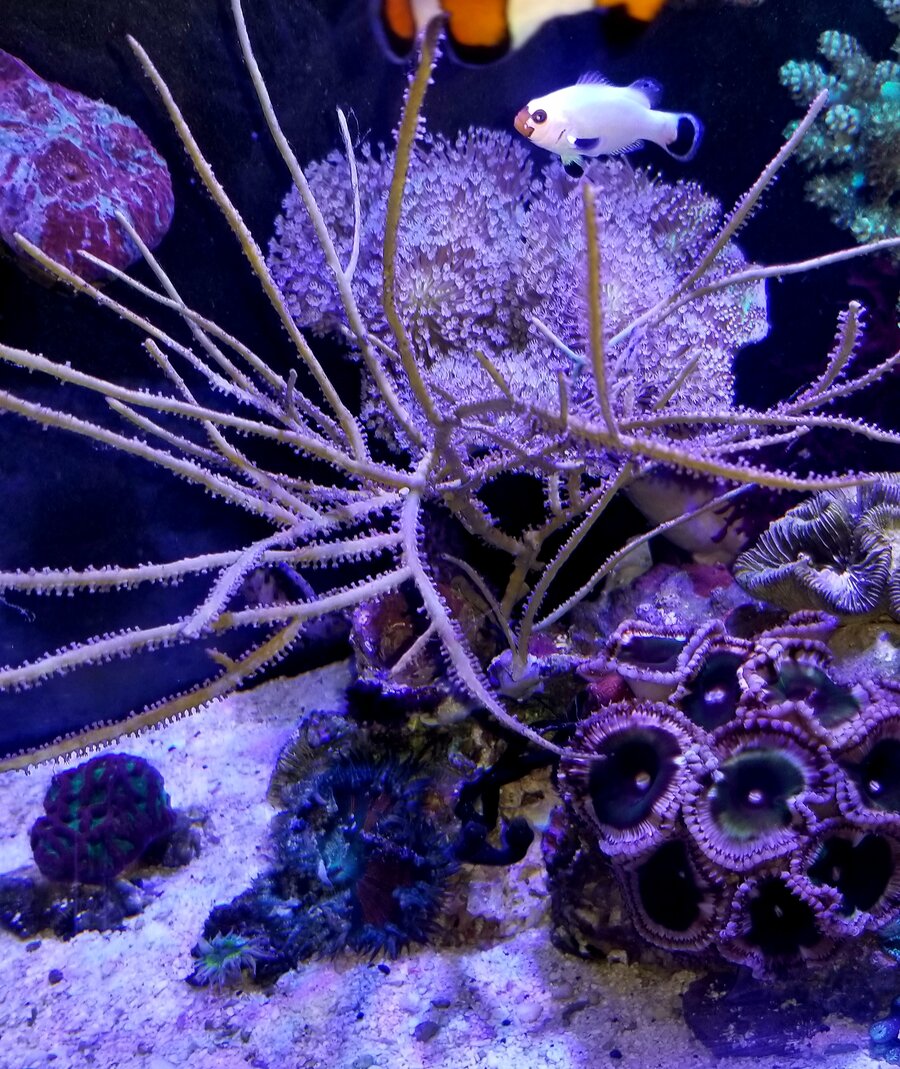 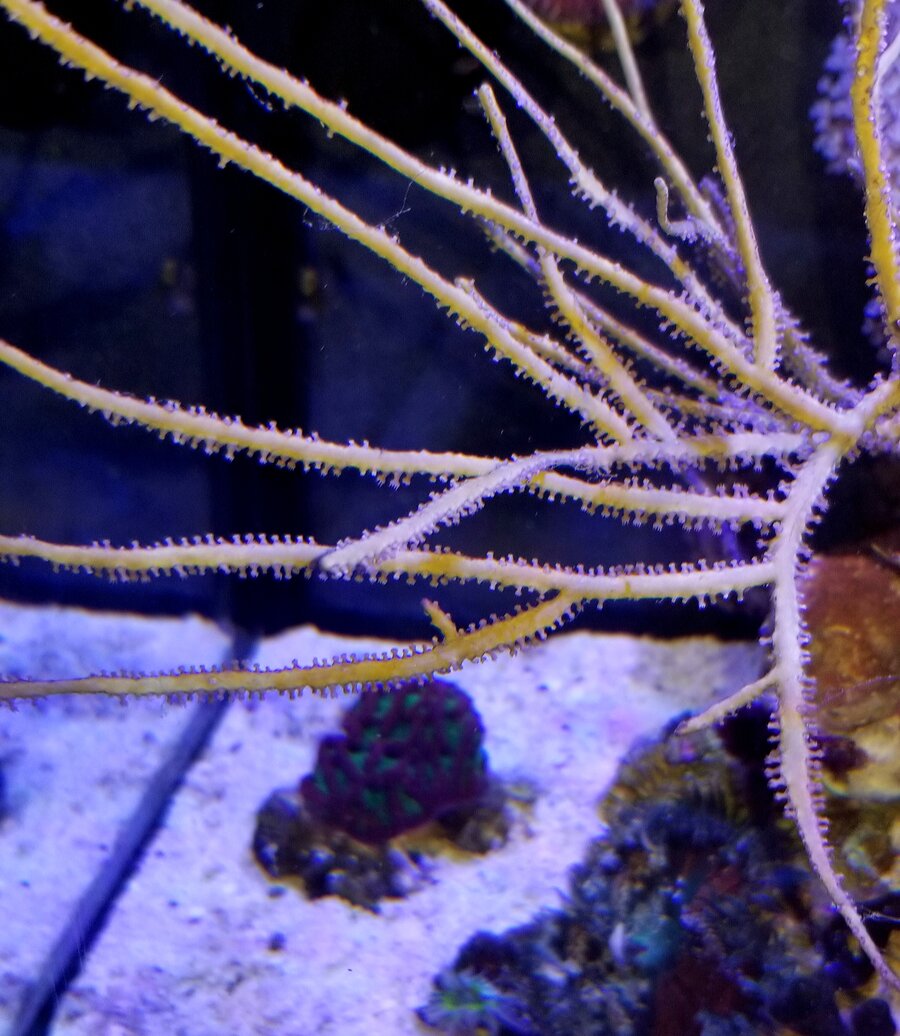 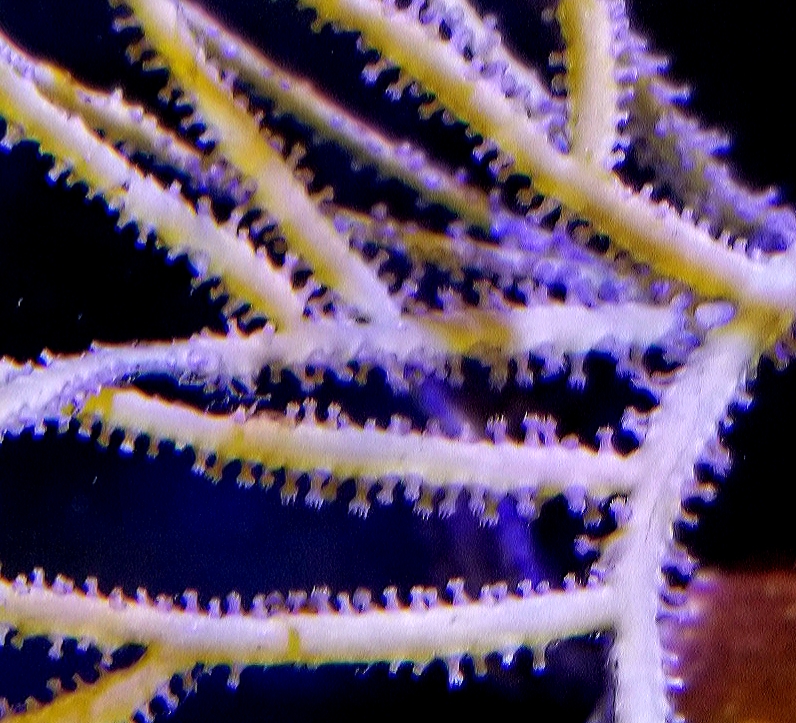 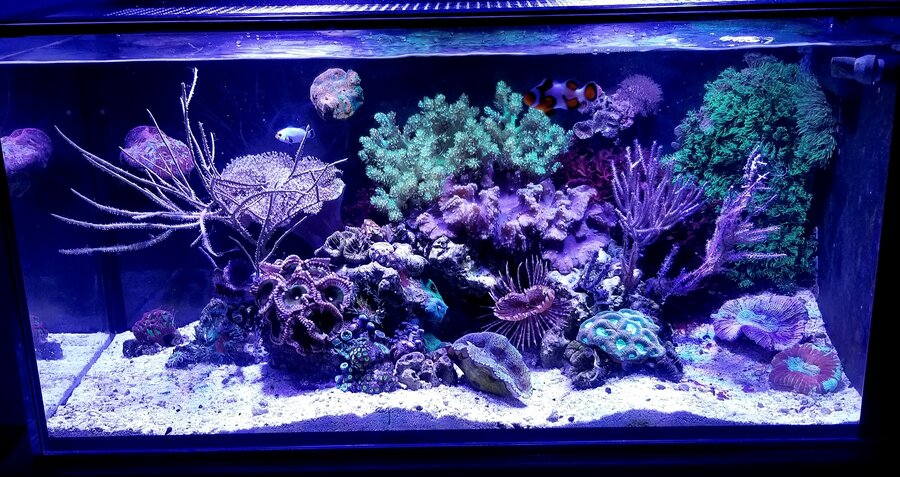 
Sent from my iPhone using Tapatalk

I'm hoping h the polyp color darkens up a bit for me under the prime hd lights. Lsu cored gorg lol.

Some night shots I was up late last night and decided to take some I was trying to go to sleep but my ps3 fat was turning itself back on every 10 seconds after I shut I'd down like i dont even know. I cant even find anything about that kind of problem.This is right after the failure of the hdmi ic chip in my ps4 the night before I'm starting to suspect a power surge hit and the surge protector didn't do its job. Looks like my reef budget is going for my game systems this month..... 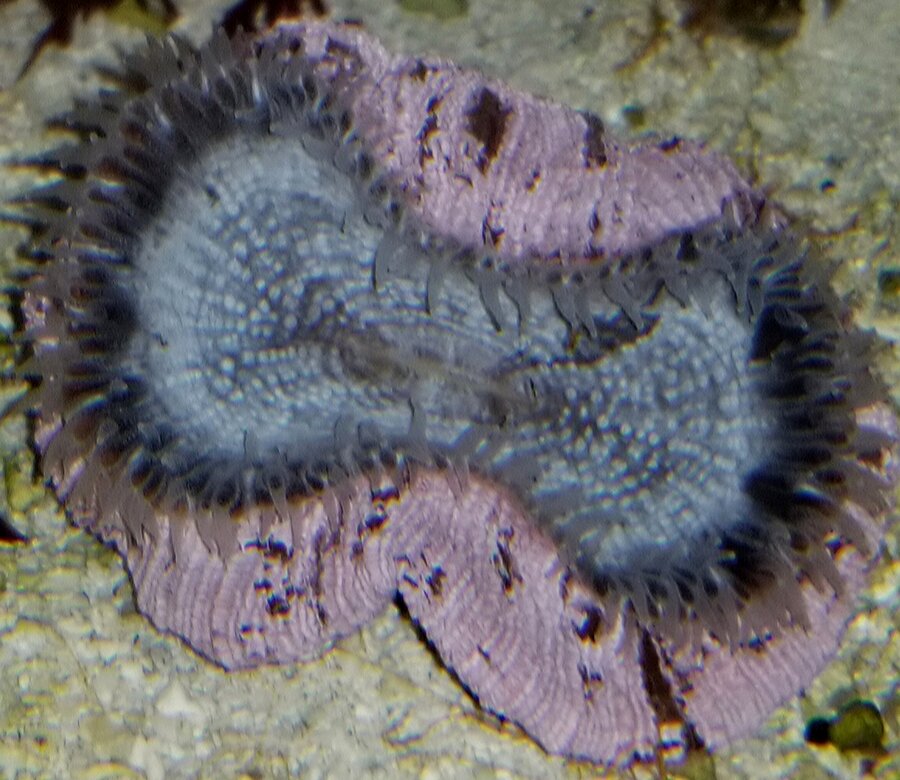 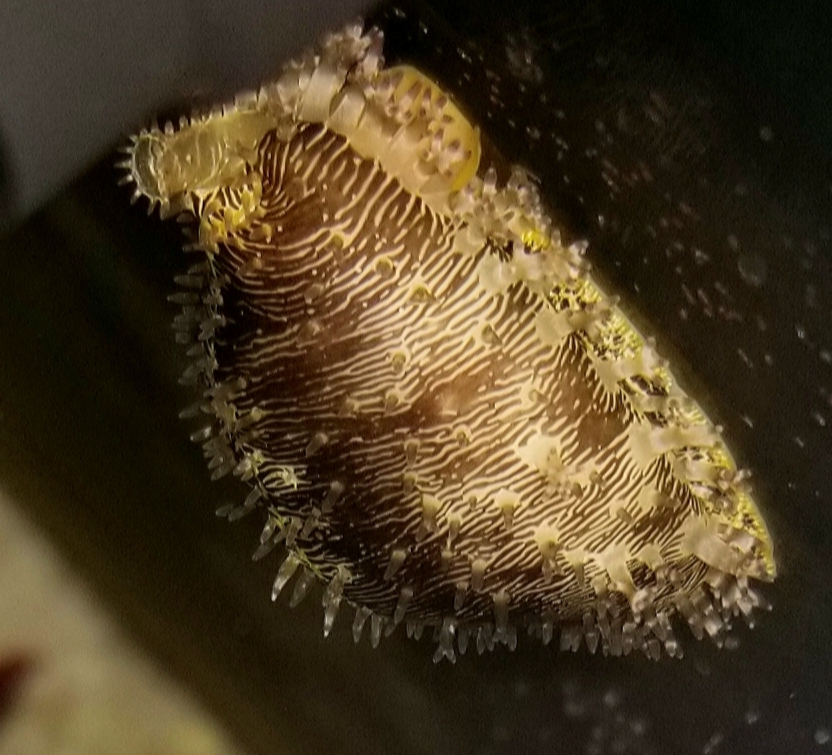 In the peninsula.
Omgosh ! just found my snake polyps! Theres just 2 of them. I've had them for years in the 10 but they never realy did anything. The popped off the frag plug and were rolling around on the bottom. I'm gona glue these suckers down and hope they start to grow. They look prety rough.

I think I made my corals in both tanks angry. I was trying to un slave one of the three non hd primes from the standard 20g lights for the 15 planted tank. Somehow I linked the two hd primes from the peninsula tank to two of the three non hd ones. I didnt even know that was possible. Anyway it wiped out all my settings on the hd lights and the non hd lights. I'm still trying to get it back to normal. It's kinda hurting my eyes right now...

In the standard 20.
This tanks been running a while. I have a feeling it's headed twords old tank syndrome territory. Just from watching the growth if corals and the algaes and all. I'll probly be doing a deep clean on this system soon.
Last edited: Jun 29, 2021

Pods everywhere! Every corner looks like this lol. Just about every speck is a pod. 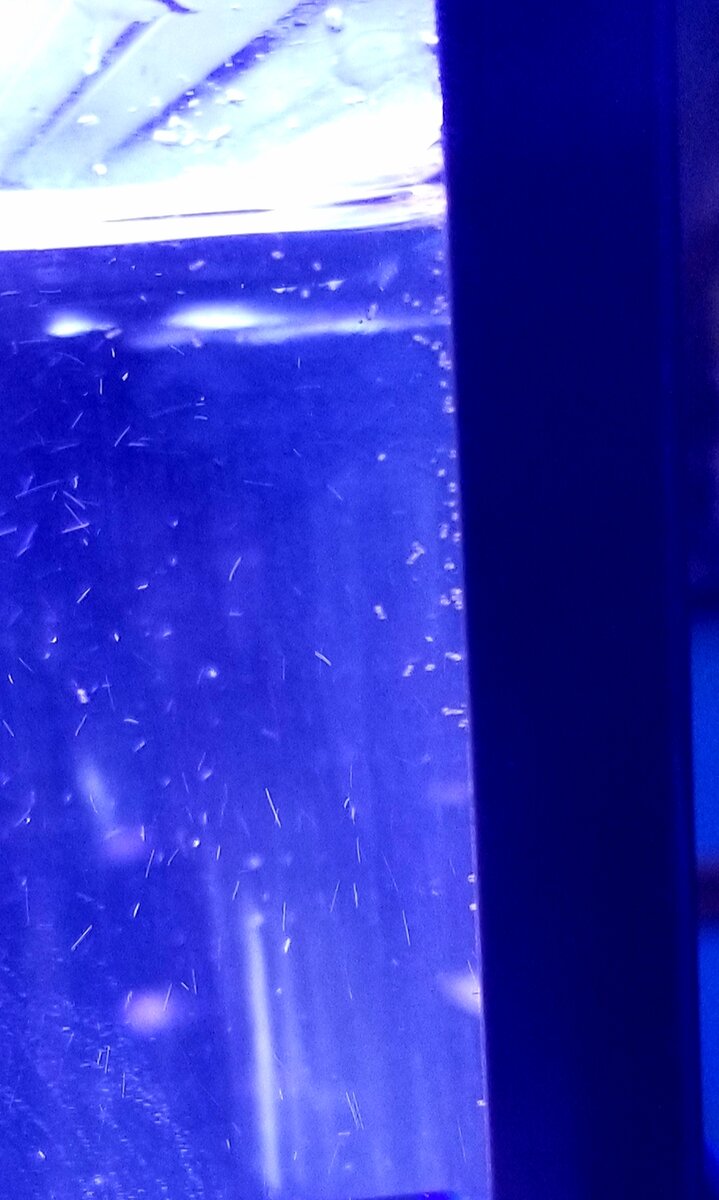 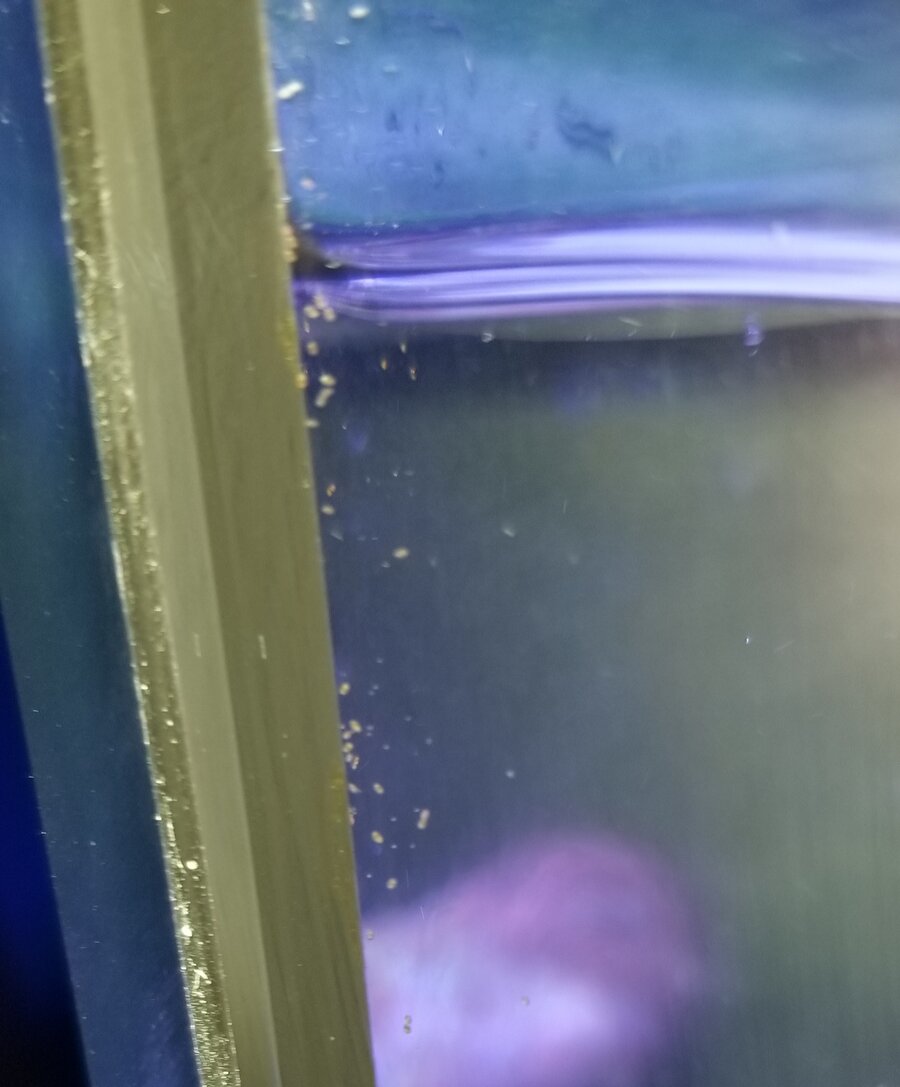 Nice !
Did you reseed the tank with pods or they just taking off ?

Just taking off. I see quite a few in both tanks I'm surprised the fish dont snack on them.

Sooooooo....I got a big surprise this month. I got tank of the month on nano reef.com for the peninsula tank and an offer to do an article for rhm (reef hobbiest magazine) Not even sure how to go about doing an article. I guess they just use the totm thing from the site I have no idea. It should be fun. I may have to pull out my old digital camera and take some decent photos for once not sure what they want to do.

Lazyfish said:
Sooooooo....I got a big surprise this month. I got tank of the month on nano reef.com for the peninsula tank and an offer to do an article for rhm (reef hobbiest magazine) Not even sure how to go about doing an article. I guess they just use the totm thing from the site I have no idea. It should be fun. I may have to pull out my old digital camera and take some decent photos for once not sure what they want to do.
Click to expand...

Contests and Goodluck on the article!!


Sent from my iPhone using Tapatalk

Been prety bussy lately. Anyway heres a picture dump of the peninsula. Little male clown is finaly fattening up a bit. I love the color of the new acan colony. 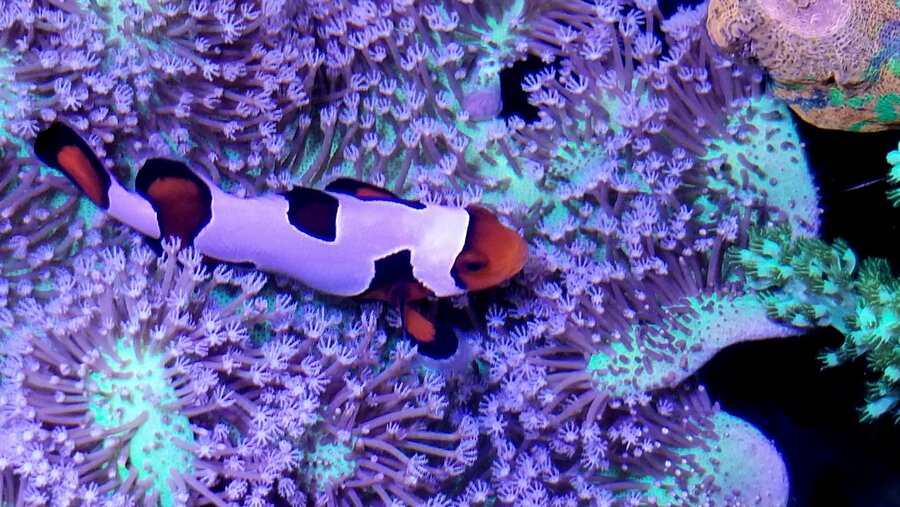 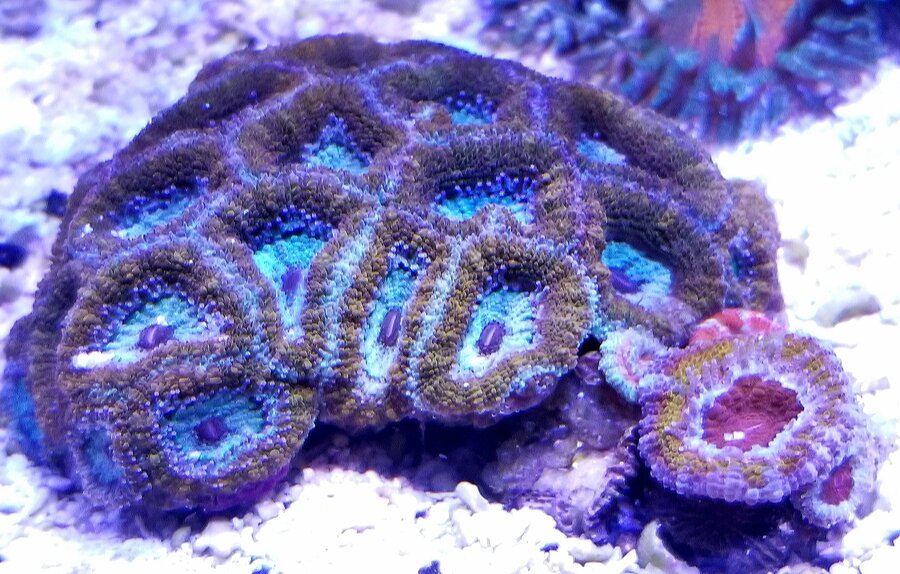 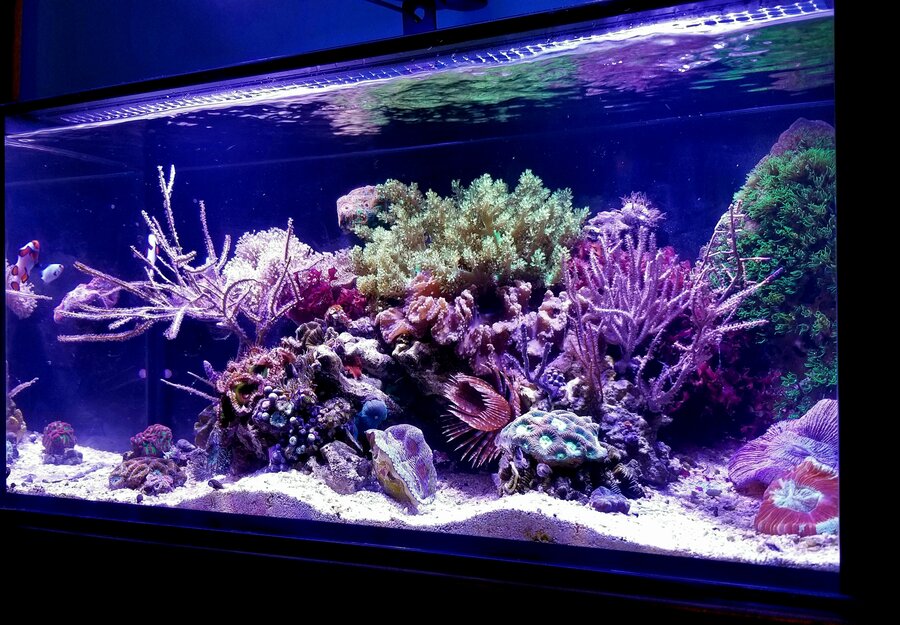 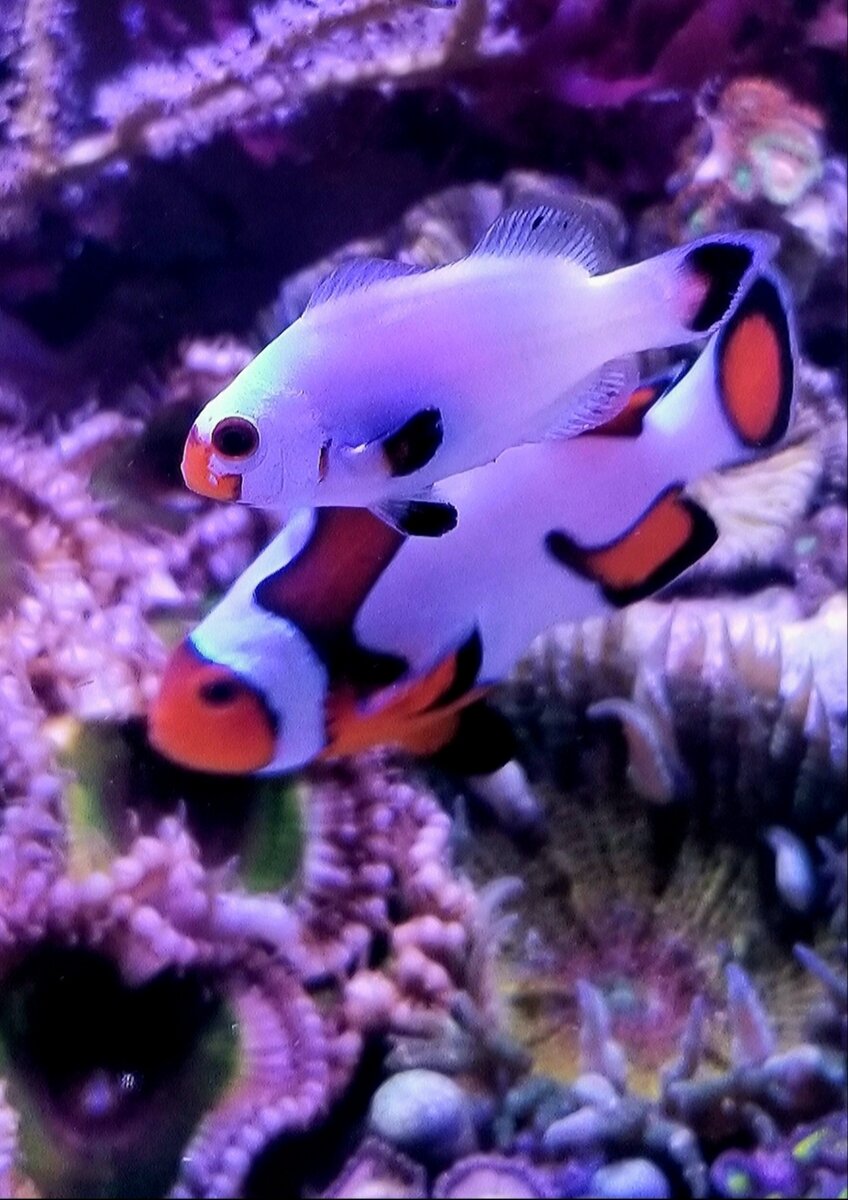 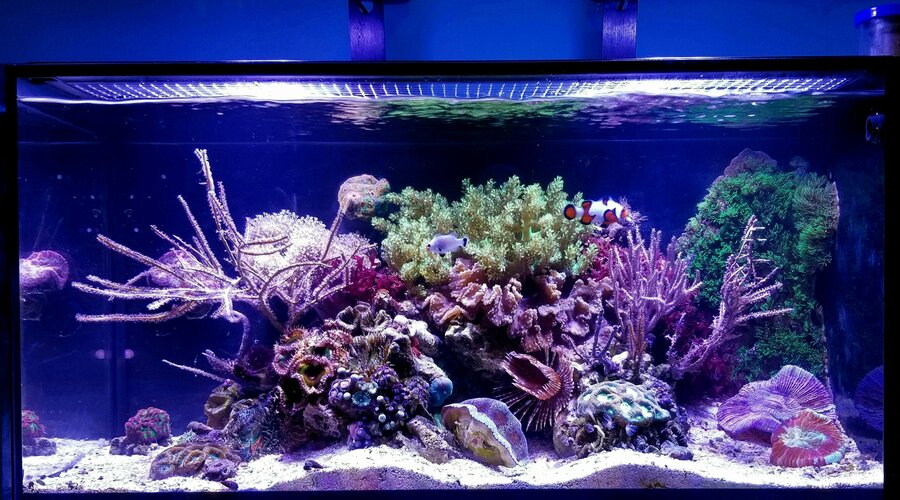