Have not updated this in a bit. My curent view dirty glass and all. Havent scraped in a month or more but I did run the magnetic cleaner over the glass a few times. Water change tomorrow so I'll probly do that too.

This guy has been growing. 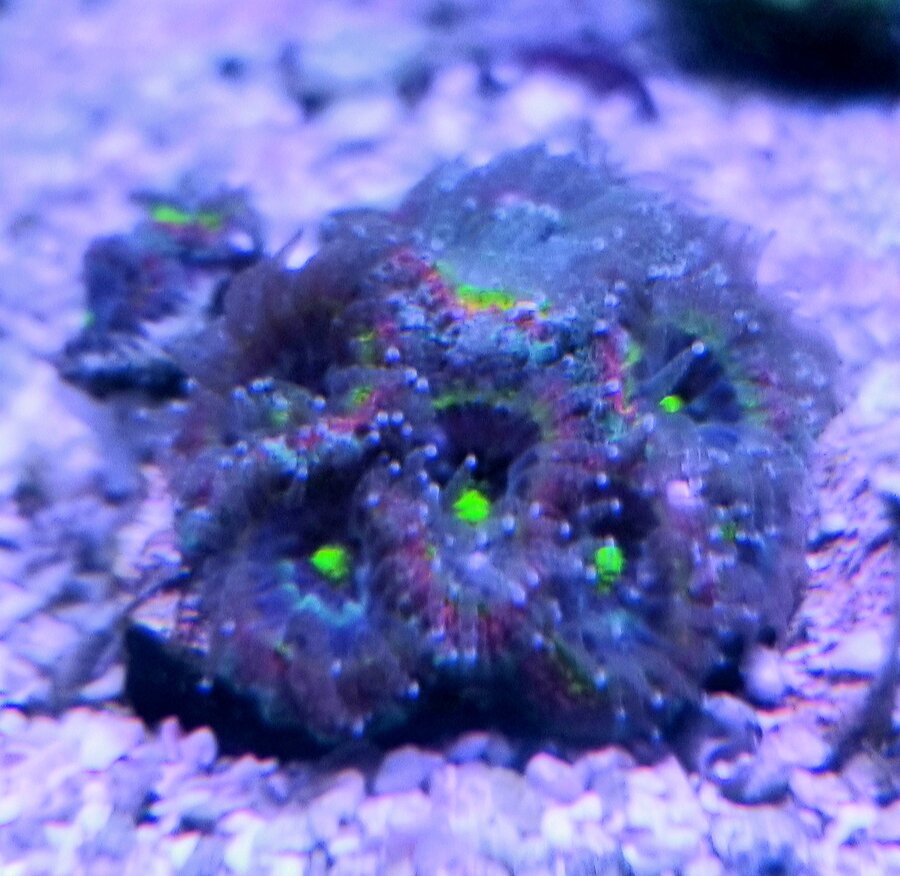 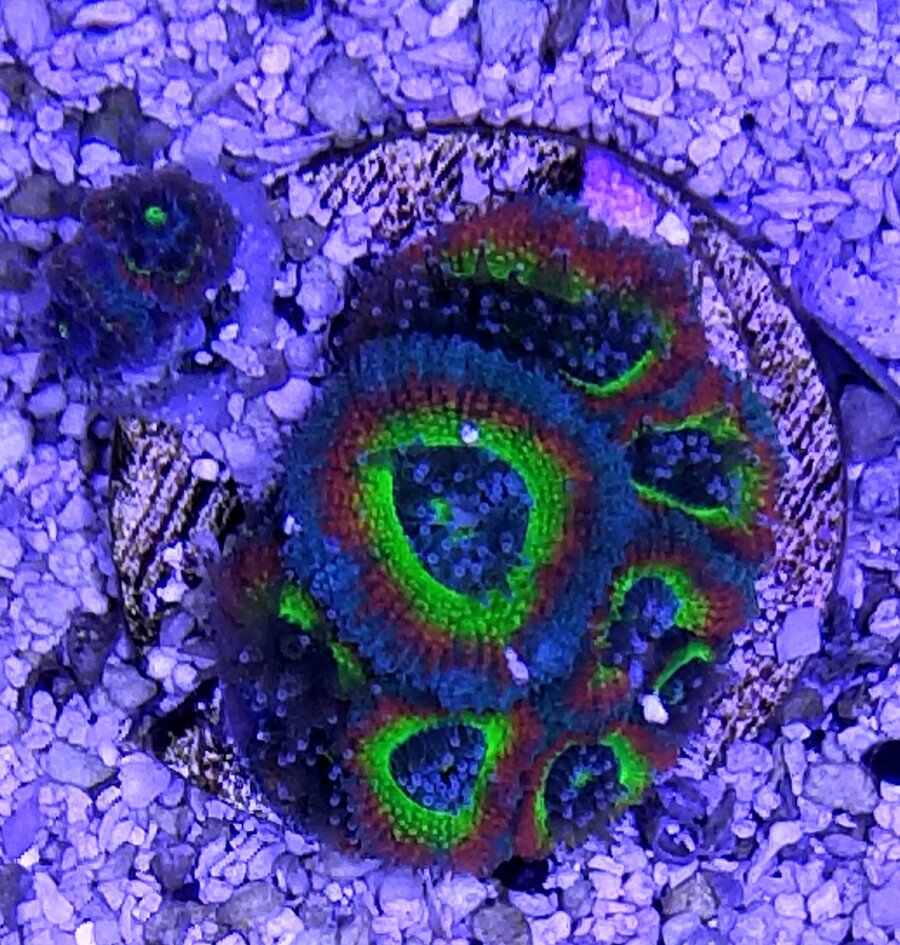 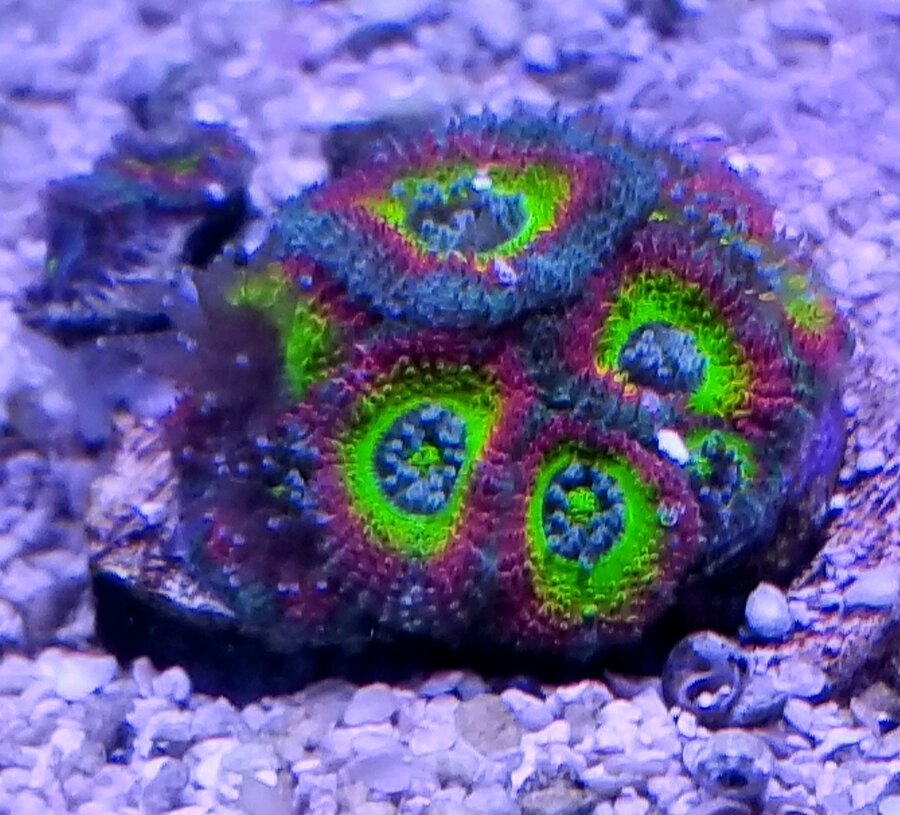 I scrubbed glass in all the tanks cleaned both skimmers and all fixtures water and media change tomorrow. Rescaped the standard im 20 and tweaked the other one.
Check out this deliciousness. Had to share look at the crud hahaha! I dumped it alredy was full of water about the same color.
Both of them basicly looked like this . 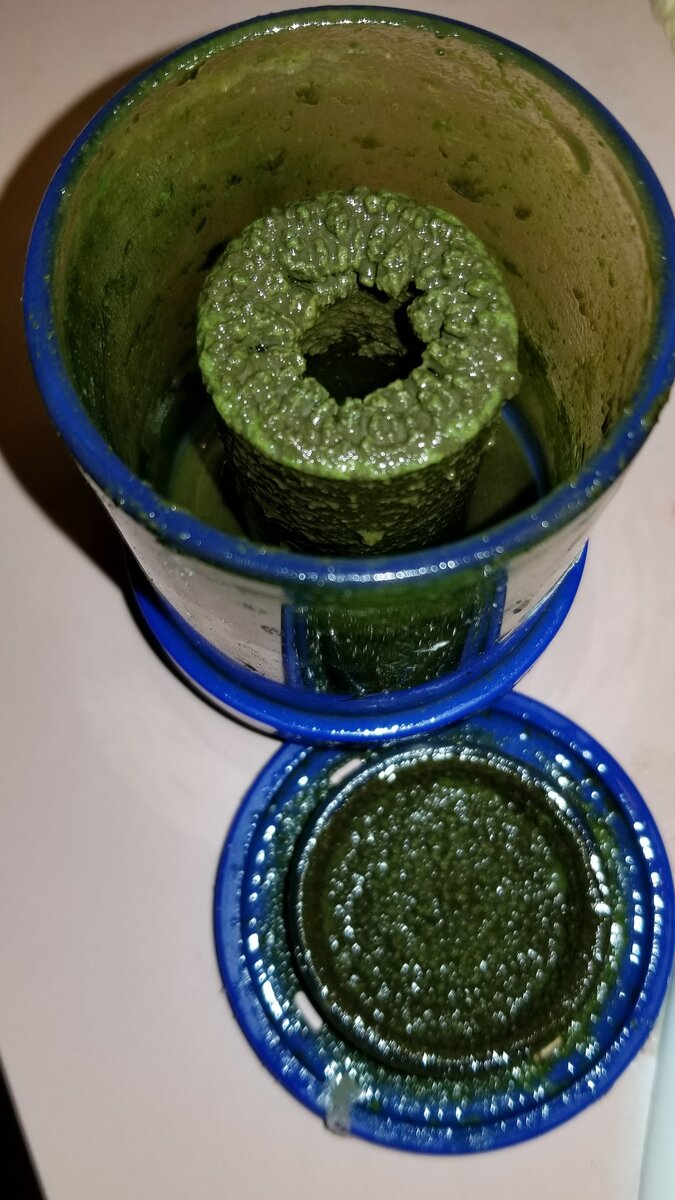 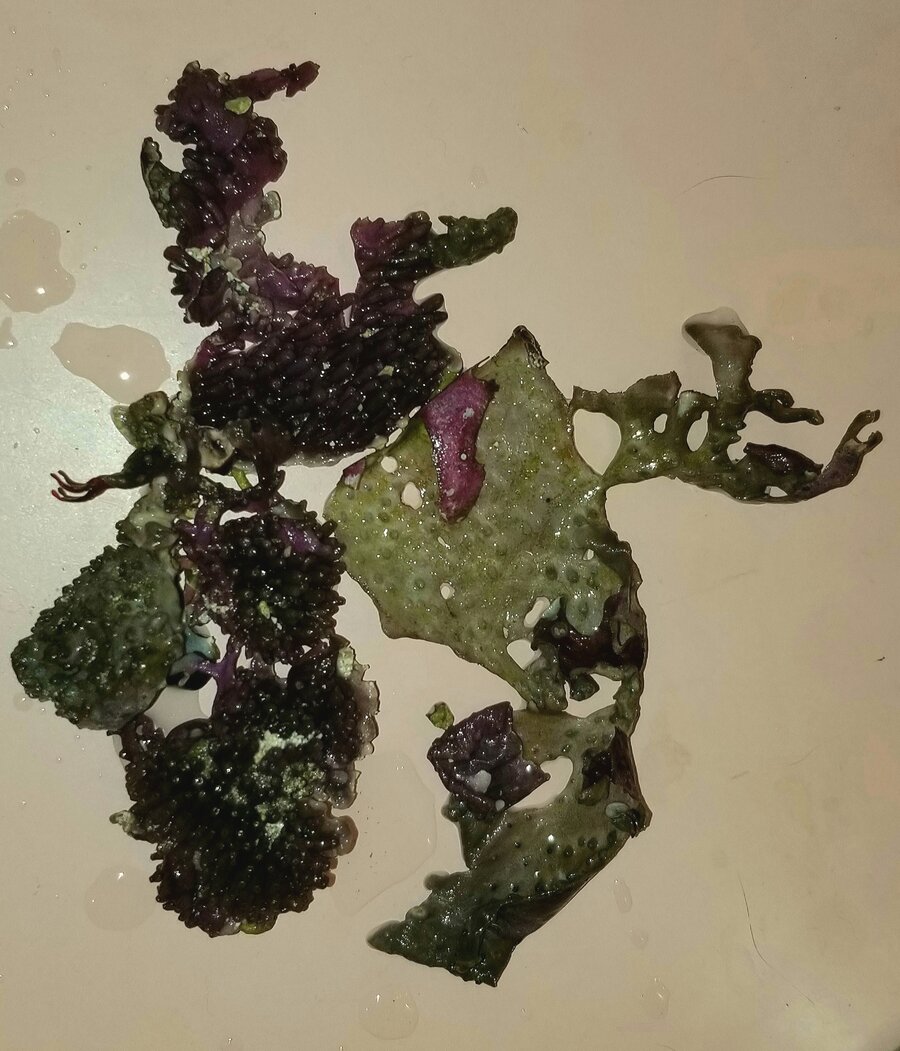 Pruned some gsp 2 types here you can tell by the mat colors one is deep green the other is neon green. Tossed to in the corner. Not sure if I'll dump. It its here if anyone wants some.

New fts with orange filter.
Still a bit cloudy especialy the standard 20 and some of the lps are angry. Can see reflection of the 3g too. I'll have to get some day time shots when things plump back up.

My skimmer gets the same thick gunk in it, water spray usually helps get rid of some of it though I have to use my whole hand to scoop it out LOL
That is a chore not for the weak stomach

Just a quick pic this is looking nice lights are mostly off right now just a bit of blue starting to turn on and the camera flash. It knows the lights are about to be on and has alredy puffed up. 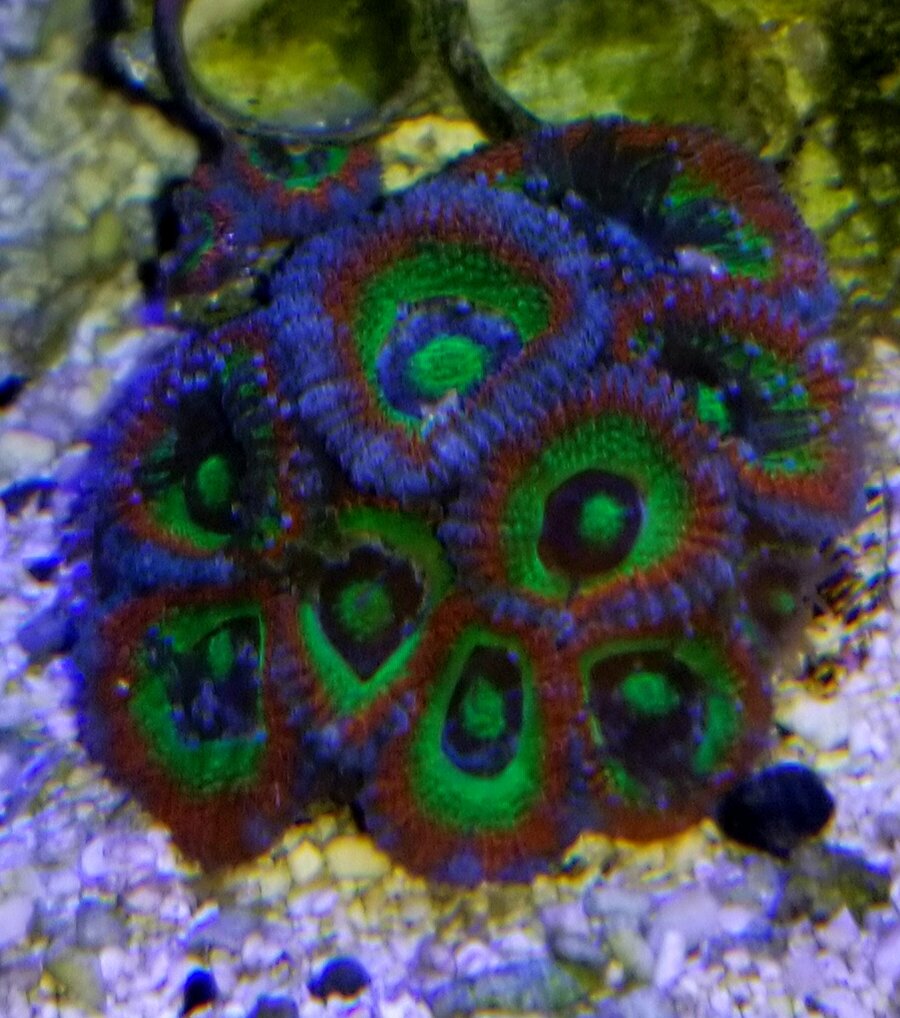 My main node prime hd went into thermal overload yesterday...I found the fan had stopped. It it started again when I jiggled it. Eventualy it cooled down and restarted. The fan started making weird sounds after that but it was running. Its It's the same one I've replaced twice before. Havent had any troubble with the other prime hd. Out of The 3 old primes I've only had to change one fan once some years ago. Thankfully I have a spare fan from last time I had ordered two instead of one. I guess that's my project for today when I'm feeling up to it. I'm home for the next week with the dang flu so ill get around to it.
Last edited: Nov 17, 2022

Feeling better today decided to do some tank/fish related stuff today. Scraped the glass fed everything emptied the skimmers ect.
Found the biggest micro brittle star I've ever come across while pruning stuff. 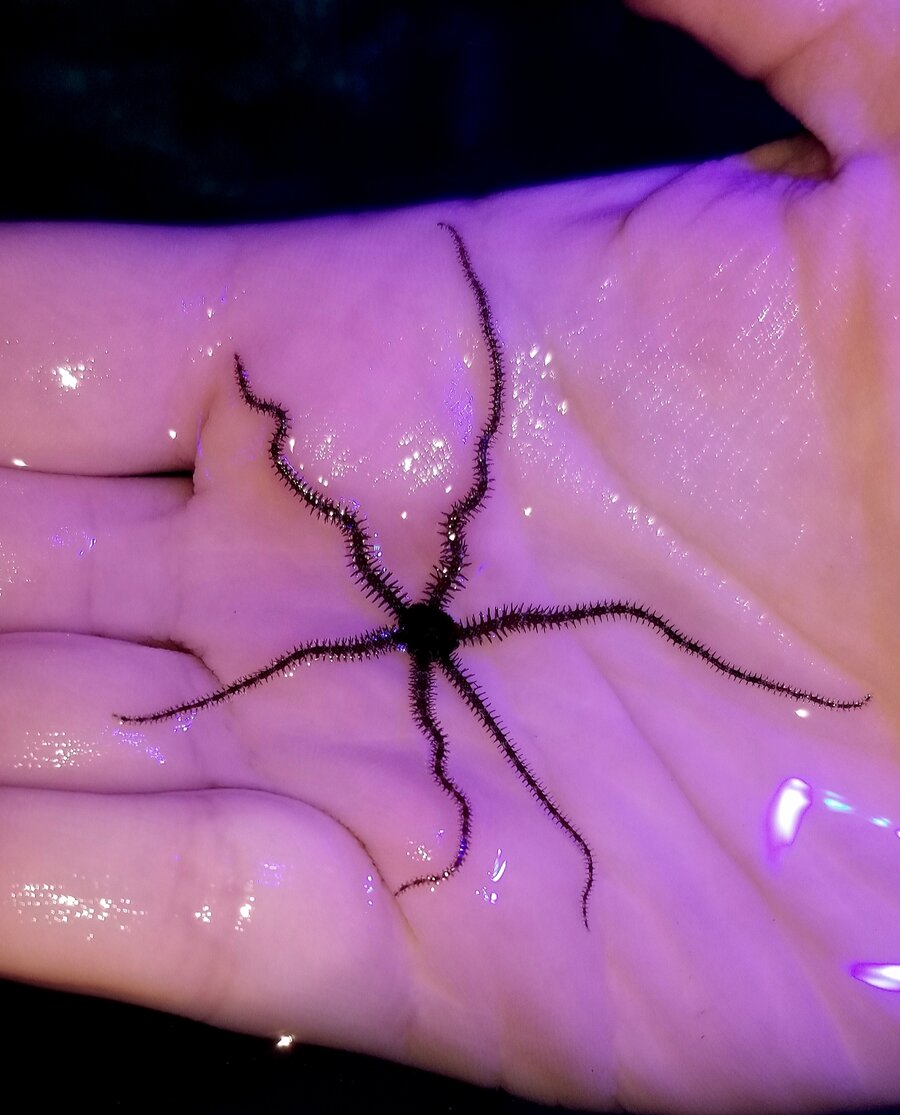 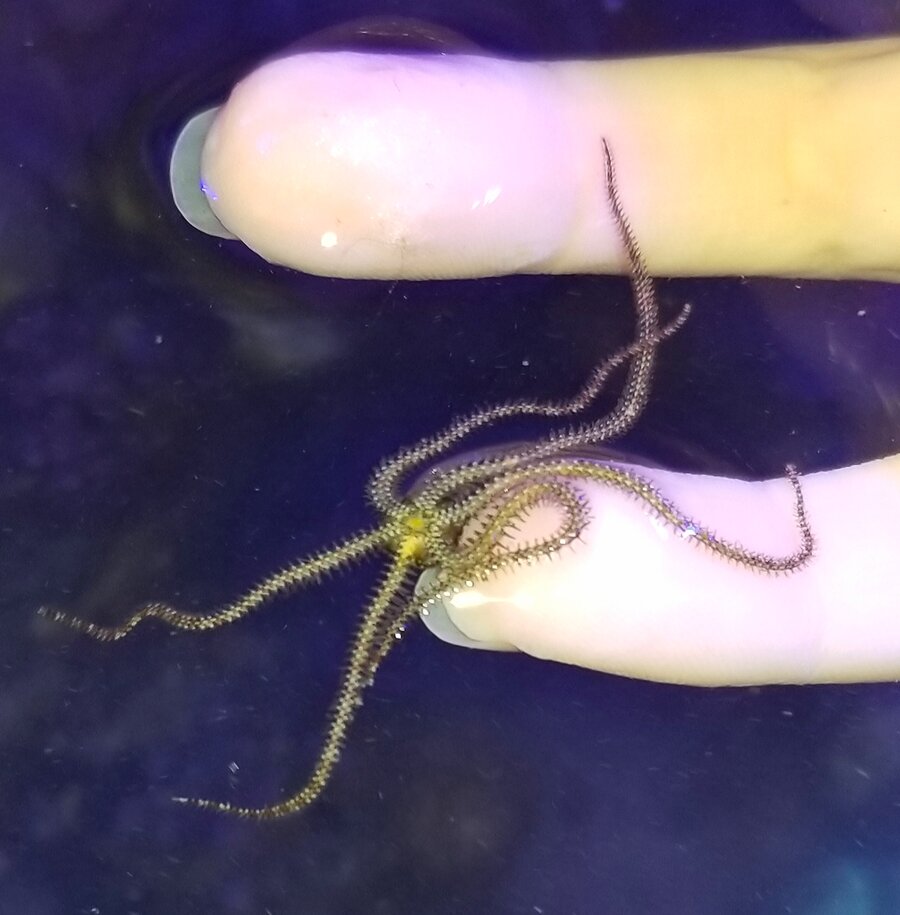 I decided to remove the gsp growing on the back side of the peninsula tank. I also thinned out the gsp on the aio devider wall portion in that tank but I did leave a good bit on that section. That's the lid from.the standard 20g for size. 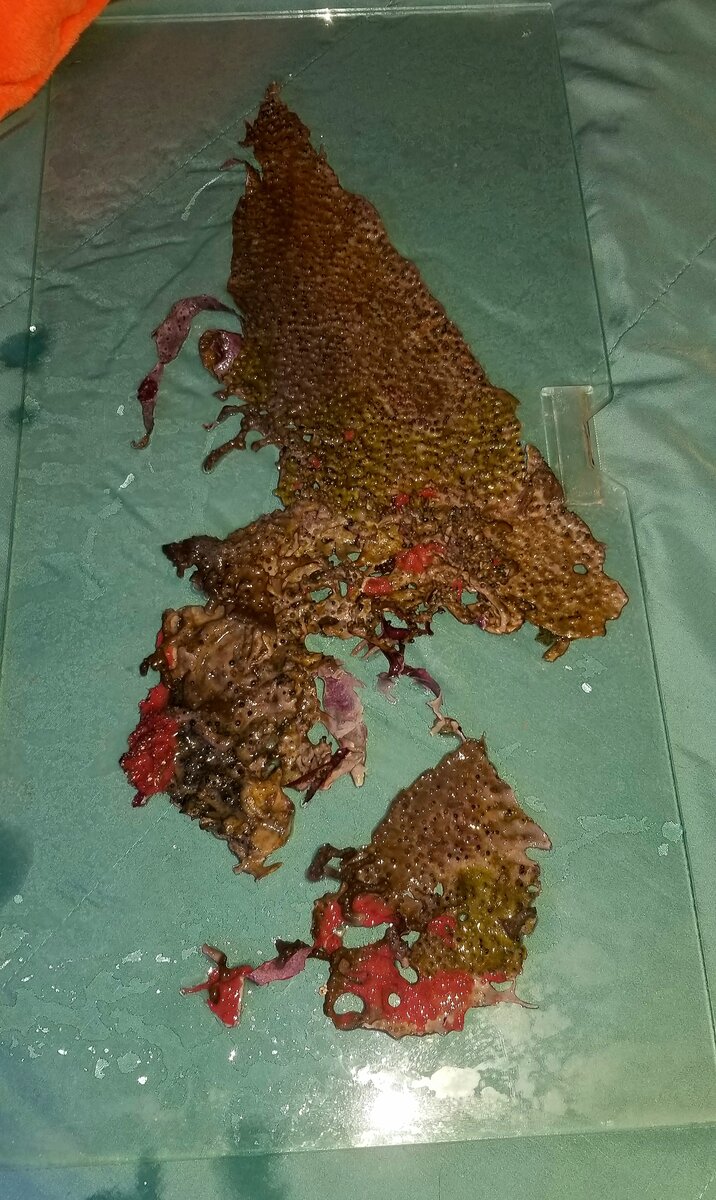 I used the smaller piece to patch a few spots in the standard 20 that had not filled in. I now have a lush full wall of gsp covering the back. Unfortunatly I also have this sheet of gsp that I realy dont want to kill.
It has some some of that bright pink sponge growing in it. May have some pods brittle stars bristle worms and asterina in it and bits of sand. If anyone wants it I still have it. Its curently chilling in the bottom of the standard 20 looking like a green lawn at the moment untill I can find something to do with it.
After rooting around and plucking things in the tanks both are too cloudy for a good pic right now.
Last edited: Nov 20, 2022
L

How did you remove the gsp off the backwall?

I just peeled it off. I used a fingernail to scrape up the bits that tried to stick and just kept peeling it back in a big roll. It came off very easy. There were a couple of very tiny bits left behind I just scraped them off.

Did a major cleaning scraping and water change on all my tanks today. I've decided to make the standard 20 nuvo into a softy and rfa only tank instead of mixed reef. I only had a few lps in there anyway. The lps and other hard corals are all in the peninsula. I'm realy liking the pininsula with less gsp in it. The tanks are now looking less alike and more individual. I'll try to get some pics later the lights are prety low alredy.
Managed to bust one of my 5g jugs while doing water change...oops

If anyone wants that big sheet of gsp just let me know I still have it.

One of my Money cowries was cruising the glass. I have 2 in the standard 20 and two in the peninsula with one orange ring cowrie. Some of the most under rated cuc I love mine. 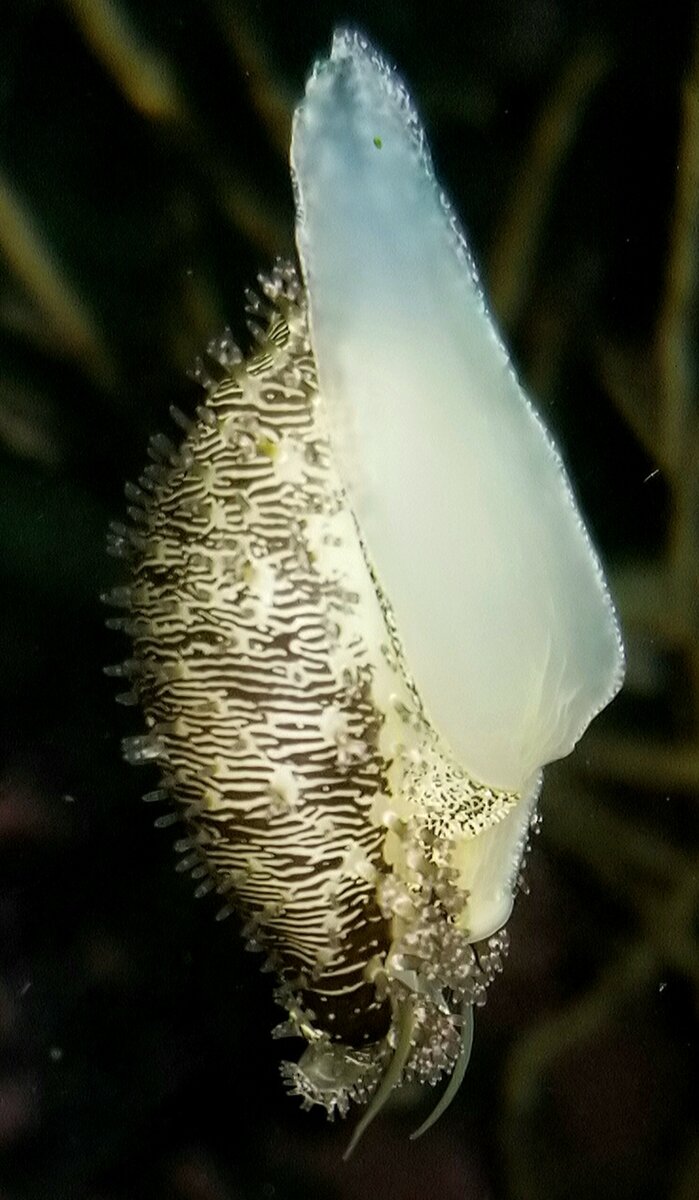 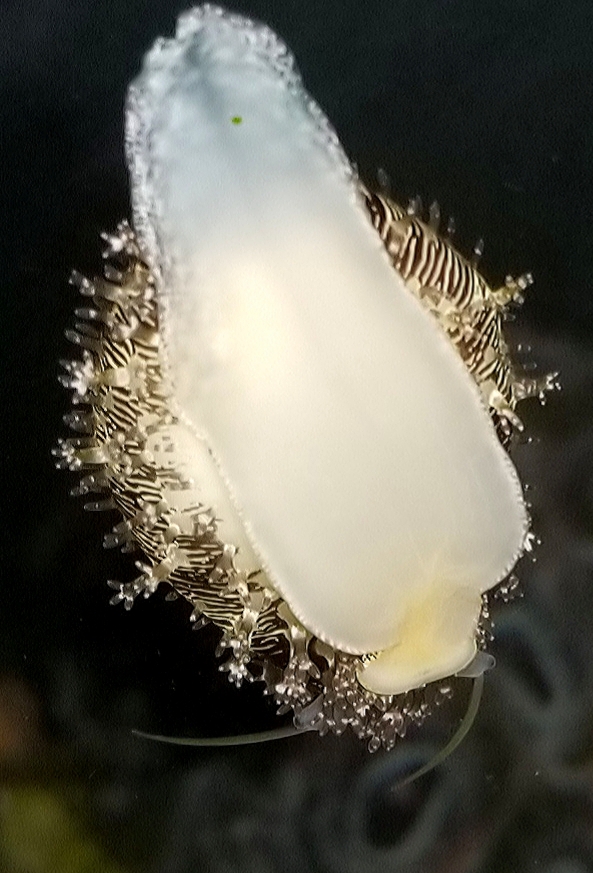